Before compiling the best-CD list for EL Magazine, which this year will be published on Christmas Day, I usually shut myself in for a weekend in late November and bathe in those albums that have intrigued me over the past eleven months. With each year it becomes a little more difficult. Sometime after my 22nd birthday I lost the ability to absorb music with all my being; and since I started writing about music and, more significantly, getting paid to do so (not very much, mind you) the professional obligation to hear as much of it as possible made it hard to give the appropriate level of attention to even stuff I really liked. Time, of course, is the main constraint, but distractions are everywhere, especially in a media environment where everyone has an opinion and those opinions are almost impossible to ignore. When I was in college, there were only a handful of music writers whose ideas I turned to on a regular basis for guidance, not just in terms of what I might enjoy but also in terms of how to refine my critical faculties. Nowadays the static is unavoidable, and often precedes the arrival of the music itself in my home. The critical faculties are thus overwhelmed, and tend to break down as a result.

I’ve always maintained that the only criterion for judging music is how much you like it and how often you want to listen to it. That’s a good, simple means of assessment as far as it goes (and, in truth, has little to do with “judging”), but it doesn’t always help when you get to the problem of describing why you like a particular song or album; because once you start doing that the cognitive dissonance becomes deafening. Tokenism is the great bugbear of list-making, and so during that lost weekend in November I listened to an inordinate amount of hip-hop, not because I liked the albums I listened to so much, but rather because I didn’t like them that much. A certain prominent critic declared in 2009 that hip-hop was dead, and though I hardly agree there was little this year that brought me out of myself. Due to the delayed release schedules that major labels in Japan often follow, I have yet to hear what is shaping up as the year’s best album according to Western critical consensus, the Kanye West thing; but I was underwhelmed by the Drake album, the Rick Ross album, even The Roots, which I count as one of the three or four best groups in the world, regardless of genre. The closest I got was Big Boi’s solo turn, mainly because it mirrored the qualities I appreciated most on my album of the year: craft in the service of spontaneity. And while I rarely cite punk or metal on my lists due to their self-imposed stylistic conventions, I felt that I should find some hard rock to put on the list, some representation of the popular will that was close to my own middle-class American white-boy sensibility. The closest I got was a pop album by a female Colombian superstar. (Some will find it suspect that I have no Japanese artists on the list since I live in Japan and make part of my living writing about Japanese pop; it’s a valid accusation and one that I feel more comfortable addressing in my Best Movies list next week.)

None of this is meant to imply that I think popular music is getting worse or better–though I do, in fact, believe that the universe is actually running out of original tunes. I am also not one of those people who contend that the democratization of distribution brought about by technology has put a lid on quality. All I can really say is that my enjoyment of music as music has a lot to put up with these days, including the crappy economy, which has played havoc with my earning power this year and, as a result, simply added to the distractions that keep me from being totally engaged with whatever I’m listening to at the moment. That said, the following records brought me pleasure and/or pain, two sensations that become less mutually exclusive the older I get.

1. The ArchAndroid, Janelle Monae (Atlantic): Solange got there first, but Janelle Monae seems more immersed in her polymorphously perverse persona. Only someone this attuned to her own off-center musical instincts could blend indie pop and R&B with such aplomb, not to mention humor. To paraphrase De La Soul: Fuck “hard,” Janelle is arch.

2. Astro Coast, Surfer Blood (Kanine/Fastcut): Like Brian Wilson, this Florida guitar band’s surfing credentials are rendered suspect by their over-insistent ownership of seaside culture, though in terms of summer songs they have more in common with Boston than the Beach Boys; which is a perfect point of departure for a Florida guitar band, if you ask me. 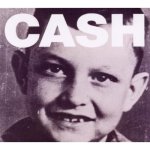 3. American VI: Ain’t No Grave, Johnny Cash (American/Universal): The creepiest thing about the Man in Black’s final album is not the frailty of the voice–the appeal of his singing was always that apparent strain in keeping the pitch as truthful as the emotion. What’s creepy is how much he obviously welcomed death, and how easily he pulls you along into the void. 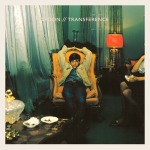 5. Maya, M.I.A. (XL/Hostess): Alternatingly receptive to vanguard dance music stylings and disdainful of them, Maya Arulpragasam’s third long-player is aurally provocative but by no means “difficult.” Her irresistible nursery rhyme structures are fortified by the persistent clatter and clang, her combative sensibility conveyed more distinctly among the ruckus. But she only fights the ones who fight her, so why not just give in?

6. Afrocubism (World Circuit/Rice): Sixteen years after visa problems inadvertently led to the best-selling Buena Vista Social Club, producer Nick Gold’s dream project is finally realized, a meeting of Cuban and Malian musicians in the studio. The affinities were always obvious, but did anybody expect jams this funky, this sly, this heartbreakingly simpatico? 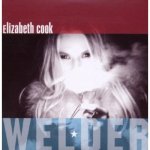 8. Welder, Elizabeth Cook (31 Tigers): It’s easy to see why Nashville rejects Elizabeth Cook’s songs about “pervy” 70s-obsessed Romeos and how saying “yes to beer” means saying “no to booty.” But for every honky-tonk paean to idiosyncratic sex there’s a cut that embraces family values, albeit values that have room for heroin addict sisters and husbands who prefer their Stratocasters to their mates. 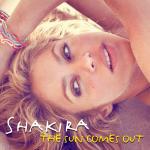 9. The Sun Comes Out, Shakira (Sony): “I’m crazy but you like it,” moans the Colombian sex bomb during one of the few English-language choruses on an album where her classic rock prerogatives finally outstrip the Latin and reggaeton elements. “Crazy” is in the details, and in the way her voice morphs from a she-wolf growl to a metal howl in the space of a kick-drum beat to the solar plexus.

10. Gorilla Manor, Local Natives (Infectious/Hostess): Silver Lake’s Local Natives are often described as “brainy,” but in the old school sense of being “original” rather than the current sense of being “creatively derivative.” They fuss over time signatures and instrumental breaks until they’re sure they don’t sound like any other rock band, and then they use what they’ve formulated to do what all rock bands endeavor to do: Blow you into the next room.

The Wild Hunt, The Tallest Man On Earth (Dead Oceans/Boundee): He’s a Norwegian folkie who, on first listen, sounds way too much like that Jewish guy from Minnesota, but once you get over it you realize what an original he is. Don’t forget, the Jewish guy was a thief, too.

False Priest, Of Montreal (Polyvinyl/P-Vine): Jon Brion allows Kevin Barnes’ inner Prince to make a fool of himself; quite a feat considering how out there Barnes already was, and wholly satisfying considering how much of a dedicated showman he’s become. Even better, both Solange and Janelle guest. How’s that for out there?

Sir Lucious Left Foot…The Son of Chico Dusty, Big Boi (Def Jam): Half of Outkast is better than none.

Bad Reputation, Pierre de Gaillande (Barbes): A French-American (or American-French) musician translates the songs of chanson artist Georges Brassens into very literal English. Obviously not the hip-hop album of the year, but Brassens may have been the original gangsta.

Everything in Between, No Age (Sub Pop/P-Vine): Randy Randall and Dean Spunt are compelling as underground noisemakers because to them volume is something with unlimited possibility.

This Is Happening, LCD Soundsystem (DFA/EMI): James Murphy, the most recognizably human indie artist in America, starts with rock but always ends with dance, which better suits his lyrical non sequiturs.

You Are Not Alone, Mavis Staples (Anti-/Sony): Jeff Tweedy’s relationship to gospel is secondhand but his understanding of Mavis Staples’ gifts is profound. Most of these songs are gospel standards, but the producer isn’t afraid to lead the singer into uncharted waters, and she navigates them like a champ.