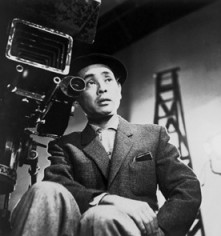 These are my favorite movies that were released in Japan in 2012. Of them, only one was produced here and that one wasn’t even directed by a Japanese person, thus demonstrating my continuing resistance to post-bubble Japanese cinema, which isn’t creatively bankrupt by any means but nevertheless fails to get through to me by dint of its sometimes parochial sensibility. Probably the most sustained enjoyment I felt in a theater this year was at the Keisuke Kinoshita retrospective at Filmex. As a studio hack Kinoshita did everything from weepy melodramas to broad comedy to seriously thought-provoking social commentary but with more emotional honesty and less ego than anything you will find in the work of Shion Sono, whose ongoing reputation as the savior of post-millennial Japanese cinema baffles the hell out of me. Granted, I still don’t watch enough Japanese movies to have as informed opinion as I should, but the ones I see tend to reveal the same problems: style masking lack of substance, polemicism mistaken for dramatic interrogation, a lack of editorial rigor and control, amateurish acting based on the idea that the actor’s main job is to show everybody—audience and director alike—that (s)he is working really hard. I noticed none of these problems in the Kinoshita movies, which integrated craft and ideas in ways that illuminated stories which weren’t always great but at least showed an understanding of their relative strengths. The best two new Japanese movies I saw were at TIFF, Yutaka Tsuchiya’s GFP Bunny and Bunyo Kimura’s Where Does Love Go? Neither was good enough to make this list but I didn’t find myself being distracted by things that took me out of the viewing experience, such as the kind of transparent attempts Sono makes to heighten emotional responses. In that regard, maybe the best Japanese movie I saw this year wasn’t a movie but a TV series, Hirokazu Kore-eda’s Going My Home, which applied the director’s careful filmmaking methodology to the discipline of multi-part storytelling. I like Kore-eda’s work, or, at least, the films I’ve seen. As with almost all contemporary Japanese directors, I wish he were more skillful with his actors. But he knows how to shape scenes to get the effect he wants, an effect whose main purpose is not to remind us of what an iconoclast the director is.

1. Poetry (Korea)
In Lee Chang-dong’s masterpiece about male violence and female accommodation, metaphors have consequences. As she gradually succumbs to dementia, an unextraordinary widowed grandmother, played by the great Yun Jeong-hee, learns how to write verse in order to make sense of a schoolgirl’s suicide, and in doing so teaches us about the limits of the ego and how love can never trump but only equal justice.

2. Mysteries of Lisbon (Portugal/France)
The late Chilean director Raul Ruiz doesn’t simplify Camilo Castelo Branco’s sprawling novel about an orphan’s search for his patrimony, but even at four-and-a-half hours it feels insufficient, as if the vectors that radiated out from the fundamental tale could continue splitting until they took in all of 19th century European history, and a bit of South America’s as well. 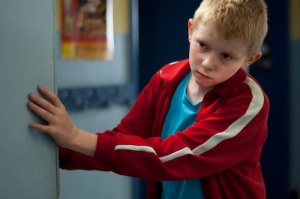 3. The Kid With a Bike (Belgium)
Another abandoned boy looking for his father, but his story takes place in contemporary Belgium and is told by the socially-minded Dardenne brothers, which means the melodrama cuts deep. It also means the protagonist, an 11-year-old whose neediness is almost pathological, is in the viewer’s face at every turn so we not only understand his dilemma, but also why a young hairdresser gives up everything to save him.

4. Tinker Tailor Soldier Spy (UK)
The overcast skies and dimly lit rooms have as much to do with the creepy fascination of Tomas Alfredson’s impeccably staged adaptation of the 1970s LeCarre espionage thriller as the quirky performances by some of England’s most famous actors, including Gary Oldman as the best Smiley ever. Bring back the Cold War. Conventional movie entertainment hasn’t been the same since it ended.

5. A Separation (Iran)
The battle of the sexes never felt more fraught with political significance than in this chronicle of an Iranian divorce, but that may be our my cultural biases talking. Asghar Farhadi’s Oscar-winner addresses all the variables that conspire to break up the marriage of a well-to-do couple—religion, class, personality, gender dynamics, economics—and if love gets lost in it all, well, maybe that’s the point. 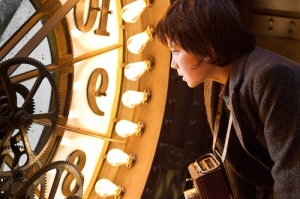 6. Hugo (USA)
Yet another orphan, a boy who secretly lives in and tends to a Paris train station clock, and while his story is sad it’s also fantastic thanks to Martin Scorsese’s revitalized interest in technology. His first 3D effort shows what can be done with the form when imagination prefigures commercial prerogative. The intention is to recapture what movies once felt like to kids, and these days that qualifies as revolutionary.

7. Carlos (France)
The international terrorist known as Carlos said he was a man of action rather than words, but in Olivier Assayas’s exhaustive biopic he sure talks a lot, mostly about himself. If terrorism is as much about the brand as the cause, Carlos was fundamental in making it attractive, even sexy. Assayas is as adept with the suspense as he is with character development: it’s entertainment you can really use. 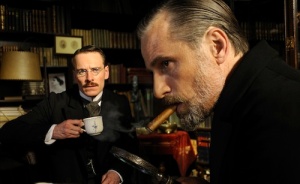 8. A Dangerous Method (Canada)
Sigmund Freud and Carl Jung, the two seminal practioners of the 20th century’s most influential philosophy, honed their theories through the treatment of a young woman suffering from sexual hysteria. David Cronenberg translates their conflict for the lay person by paying due attention to the physical aspects of what most people deem a purely psychological matter, namely the meaning of heartbreak. 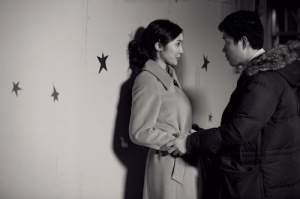 9. The Day He Arrives (Korea)
A failed film director visits his hometown to meet a friend and ends up drinking with strangers before dropping in unannounced on an ex-girlfriend. Yes, it’s another Hong Sang-soo sex comedy, but because it’s so unself-conscious it also may be his best. Given that he allows himself the opportunity to tell the same jokes over and over in different configurations, it’s certainly his funniest.

10. Take Shelter (USA)
Michael Shannon plays a working-class husband and father living in the flatlands of Ohio whose paranoia about the forces of nature at once intensifies and undermines his regard for his family. Director Jeff Nichols uses CGI to explain his protagonist’s obsessive nature in visual terms, and, juxtaposed with Shannon’s relentlessly anxious performance, offers a visceral portrait of desperation.

This Is Not a Film (Iran): Jafar Panahi, facing prison for making the kind of movies only he can make, discourses on his creative approach using the only tools left to him: an iPhone and his wondrously flexible intellect.

Like Someone in Love (Iran/Japan): Abbas Kiorastami avoids his compatriot Panahi’s dilemma by making his second film outside of Iran, a subtly provocative exploration of sexual dynamics between a retired professor, an escort, and the escort’s volatile boyfriend set in Japan, where subtleties sometimes speak louder than words.

The Turin Horse (Hungary): A man and his daughter and their work horse on a wind-blown farm in some post-apocalyptic landscape. In Bela Tarr’s supposedly last affront to conventional dramatic style, time destroys everything, even the comfort of routine.

Dogtooth (Greece): A dry, observational study of a family that is a complete world unto itself. Not as funny as it should be, but baffling and disturbing enough to linger uncomfortably in the memory for days.

Farewell, My Queen (France): The French Revolution as seen through the eyes of a low-level Versailles functionary, who happens to be a teenage girl with all the giddy fan-love you’d expect from one. Reinstates Marie Antoinette as a star, if only in our imagination.