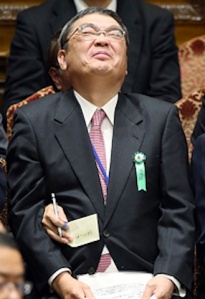 Here is this week’s Media Mix, mainly about Friday magazine’s “scoop” of what went down at NHK following an exclusive live interview with LDP Chief Cabinet Secretary Yoshihide Suga on “Closeup Gendai,” but also about the mainstream media’s tepid coverage of the government’s decision to make the Self-Defense Forces available for collective self-defense activities overseas. Though I watched the Suga interview on NHK and, unlike the LDP aide referred to in Friday, thought it was too polite by half, it did at least try to get Suga to address the problematic issues involved. I’m not saying the media has not addressed these issues themselves, only that they haven’t aggressively tried to get the administration to address them when they’ve had the chance, which makes me wonder if there’s more at stake than just “politics.”

But the NHK angle is still worth exploring in detail. A few days ago, after the column was filed, a group of former NHK employees submitted a petition to NHK saying that Chairman Katsuto Momii should step down because of comments he has made that imply NHK should follow the government line. Though I can understand the petitioners’ sentiments, what bothers me about their demand is the idea that Momii can so easily exert his will on an organization like NHK. As I mentioned in the column, NHK’s programming can be diverse in terms of viewpoint. NHK news tries to steer straight down the middle of the road, which can make it seem as if it’s on the side of the government but mostly it just translates as a very narrow take on whatever topic is reported. NHK’s m.o. is overly cautious, which is why its reporters aren’t allowed to talk off the tops of their heads the way experienced TV reporters in other countries are expected to do. But shows like “Closeup Gendai” and many of the broadcaster’s documentaries get pretty deep into their subjects and often challenge the powers that be in their own limited way. I don’t think Momii’s presence at the top will change this situation in any substantial way, but in any case there seems little that former NHK employees can do about it. It’s up to current employees to convey information as truthfully and completely as possible. In 2001, an NHK production team made a special about a mock tribunal of Emperor Showa that found him guilty of war crimes, and when the LDP found out about it it supposedly convinced higher ups in NHK to alter the content so as to soften the tribunal results as they were aired. The organizers of the tribunal, who worked with production team on the program, sued NHK for breach of trust. Certainly the government (Shinzo Abe was involved in the alleged intimidation) and NHK top brass were the cause of the problem in this case, but the production team and their immediate superiors should have resisted them more resolutely. Unless, of course, they agreed with the tenor of the interference, in which case there isn’t much the former NHK employees–and NHK viewers–can do.

This entry was posted in Media and tagged Katsuto Momii, NHK, Yoshihide Suga. Bookmark the permalink.