Posted on November 8, 2015 by philipbrasor 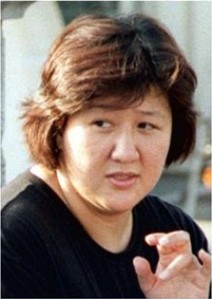 Here’s this week’s Media Mix about the press’s role in the phenomenon of enzai, or “false accusations” and the resulting convictions and punishment of people for crimes they didn’t commit. The focus of the column is on prosecutors who use any means at their disposal to secure convictions so as to improve their resumes when promotion time comes around. Many of their methods clearly violate the Constitution, such as their reliance on confessions. Article 38 states that confessions cannot be used as the sole evidence in a criminal case, and yet prosecutors have become so addicted to the practice that in many instances they don’t even bother to look for hard evidence, since that would take work, obviously, and since in some cases where the person did not actually do the crime for which he’s accused, there is likely no evidence anyway. What makes this situation even worse is that judges have gone along with the program, ignoring the Constitution and thinking mainly of their jobs. In the Tokyo Shimbun article cited in the column, one lawyer points out that judges in criminal cases tend to think more about their image in the public eye than they do about justice, thus implicating the media even more. For instance, the judge for the original Aoki-Boku case convicted the couple even though he didn’t find their confession to be convincing; but, in an example of the kind of logic that judges have to twist in order to satisfy the prosecution, he stated that “we can’t definitely say there is a zero possibility that [the fire that killed Aoki’s daughter] was natural [meaning not set deliberately], but we cannot help but say that the possibility is small.” In other words, even though the judge has his doubts about the prosecution’s claims, since there is even a small possibility that they might be right, he has to convict. This is not just a miscarriage of justice, it is blatant self-delusion.

In this regard, an even better example of the disregard for due process is the infamous Wakayama curry poisoning case, for which Masumi Hayashi was convicted and given the death sentence. Hayashi not only refused to confess, she has refused to talk to the prosecution at all. Thus, the prosecution had to come up with real evidence, or, in this case, circumstantial evidence: the type of poison used in the curry that killed several people at a community festival was the same type found in Hayashi’s home. Since such poisons are fairly common in Japan, it’s hardly rock solid proof, and yet the judge said that he found it acceptable as a reason to convict, even though no motive was ever established. He was obviously bowing to pressure from the media and the public, both of which had already condemned Hayashi because she is, generally speaking, the kind of person people don’t like, arrogant and scheming. Does that also make her a murderer? Why not? seems to be the general attitude of the court.

The media’s role in creating an atmosphere that puts pressure on judges to convict is almost institutionalized in the language they use for criminal cases. It is the practice that all individuals mentioned in press stories have the honorific –san or –shi appended to their names, but if they are suspects then the word yogisha is added, and after they’re arrested it becomes –hikoku (defendant). Though these terms in English when used in the West do not automatically indicate guilt, often they can imply it, depending on the way the report is phrased. That’s why journalists in the U.S. are careful to use modifying verbs like “allege” to bring home the point that these people are supposed to be considered innocent until a judge or jury says otherwise. In Japan, there is no such modifying language, and while the terms yogisha or hikoku don’t automatically mean that the person to whose name thay are appended is guilty, that is what most people believe. Only when the person is acquitted will -san be reinstated in news reports, but as we all know that only happens in less than 1 percent of criminal cases.

This entry was posted in Media and tagged false accusations. Bookmark the permalink.