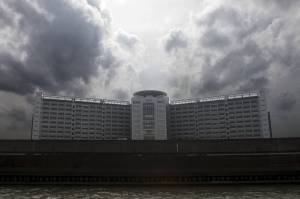 Here’s this week’s Media Mix about recent press coverage of the death penalty. Though I stress that the mainstream media avoids the question of whether or not Japan’s application of capital punishment amounts to retribution, I should point out that there are some newspapers who are at least going beneath the surface facts of a case and trying to understand what happened, both in terms of the crime and the trial. Tokyo Shimbun’s Daisuke Sato has done some good work in reporting how the public “faces” the death penalty, and recently did an in-depth article on one AP reporter in the U.S. who has covered executions in a very intense fashion. (Unfortunately, Tokyo Shimbun has not chosen to make this article available for free on the web.) Miako Ichikawa and Sakura Funazaki interviewed the man convicted in the Ishinomaki case while on death row for Asahi Shimbun and brought out some pertinent details about the case that weren’t covered generally, such as the fact that the trial lasted 8 days and only 30 minutes were devoted to the defendant’s childhood and “social situation.” There was no testimony from experts on his psychological state. Mainichi Shimbun also interviewed the Ishinomaki killer, who has accepted his fate and expressed remorse, though other media haven’t reported it.

And with regard to the basic idea of the column, that the death penalty is nothing more than revenge, a symposium conducted in Japan by representatives of the European Union on Oct. 10, 2013 addresses this idea directly and eloquently. It’s worth watching.

This entry was posted in Media and tagged death penalty. Bookmark the permalink.