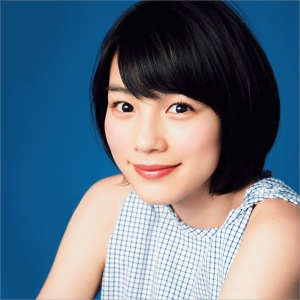 Here’s this week’s Media Mix about the scandal surrounding the Japan Record Awards. As is clear by the column, all the various players in the media work together to promote one another’s show business interests, so the idea of fostering quality and individual talent has almost nothing to do with honoring creative work. Though I’m sure readers will give me grief over my belief that Japanese pop music is terrible–not all of it is, of course, but the mainstream stuff is sufficiently, uniformly bad–the point I’m making, which is hardly a new one, is that all these various business entities conspire to oppress originality and elevate mediocrity. The culture is so rife with self-importance that often players confound their own interests just to maintain its primacy. For instance, last summer actress Rena Nonen reappeared after two years of inactivity. Nonen shot to fame in 2013 in the NHK morning drama, Amachan, and was considered at the time to be the hottest new face in movies, but apparently she had problems with her talent agency after she started activities outside of their control, so they punished her by not giving her any work. Her contract finally expired this year and she is trying to reenter show business, but she has to change her name to do so. She now is simply known as Non, even though Rena Nonen is her real name. Apparently, her old agency, LesPros Entertainment, still feels it has dibs on that name and because of their pull in the industry no one will hire Nonen if she uses it. LesPros could have simply overlooked Nonen’s extracurricular activities and continued promoting her, and probably would have made a lot of money in the process; but because of some unspoken rules in the industry they were compelled to isolate and then ostracize her, going so far as to deny her use of her own name. And, apparently, it’s not over. Some show biz media are saying that LesPros is still considering legal action against Nonen, which would effectively end her career. And that’s the real point: You go against the powers that be, and you’re finished, regardless of whatever talent or appeal you may possess.

Since talent in the literal sense is beside the point in Japanese show biz, loyalty to the brand is the paramount virtue in a performer. In a story related to the JRA scandal that appeared in the magazine Shukan Gendai, the writer interviewed a retired TV executive who related an anecdote about the boy band SMAP back in the mid-90s, when they were still teenagers and before they had become huge stars. They were appearing on a program he produced and several members came up to him after the taping and asked how much money he was paying to their management, Johnny and Associates. SMAP obviously thought, even then, that their pay was too low, and he explained to them that the purpose of the TV appearance was to promote their record sales, and though they accepted that explanation, he was concerned because Johnny’s hadn’t told them that. And that’s because Johnny’s didn’t care enough about them to even outline how the business worked. They were just tools and the sooner they realized that the better off they would be. SMAP went on to become the biggest act in mainstream J-pop without actually ever getting any better at singing and dancing. It’s how it works.