Posted on January 1, 2017 by philipbrasor

If 2015 was the year of Black Lives Matter, then 2016 was the year Black Lives Matters mattered, since the meaning of the movement—recognizing that conditioned racism not only still existed, but continued to have a deadly impact—was borne out in such a public way, particularly with regards to the presidential election. And because music was so central to the message of the Civil Rights era, it was only proper this year that music was also central to conveying the BLM message to a wider audience, including people who professed to have no use for it but otherwise enjoy African-American pop. The preponderance of female R&B on my 2016 list is not simply an acknowledgment of the convergence of pop resolve and political will, but rather a realization of the pleasure I derived from hearing that convergence make sense of my own feelings toward the movement. In the end, lists like this are about things that move me for whatever reason. If I left off one of the year’s key R&B albums—Frank Ocean’s Blonde—despite the fact that I appreciated what he was trying to do, it’s probably because it didn’t incite me to think deeply about what he was trying to do. The music was complex but tentative. The music of the records on my list grabbed me right from the start, and made me want to understand what the singer was trying to express, even when, as in Fantasia’s case, the songs were pretty much in the standard love-me-love-you vein. Revolutions have been sparked by less. 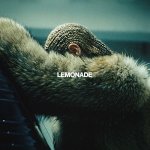 1. Lemonade, Beyonce (Sony): As a concept album it’s easy to comprehend, with or without the attendant visuals, but doesn’t make as much of an impression as it does when considered as a collection of accidentally related songs about her conflicted feelings toward her man, not to mention toward her status as a celebrity with a conscience. Whether channeling rock, funk, quiet storm, or blues, she’s never sounded so in command of her resources and ability to entertain.

2. We Got It From Here…Thank You 4 Your Service, A Tribe Called Quest (Epic/Sony): This is what it’s about: Phife Dog, who didn’t make it past March, making it to the end of the last Tribe album trading rhymes with Q-Tip about everything that mattered this year as if they were plugged into a crystal ball, with Ali Shaheed Muhammad putting everything into perspective and charging it with beat and melody and the kind of on-point sampling that nobody does this well any more. It’s for the kids who think they know the score but will have to grow up without the Tribe. I pity them. 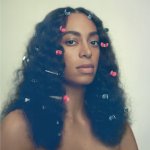 3. A Seat At the Table, Solange (Sony): More stylistically unified than her sister’s joint, Solange Knowles’ third album seeks insight from their parents’ examples as survivors of a time when the future didn’t look as good as it turned out; which isn’t to say it turned out perfect. Her quiet but profane songs take the measure of her value as a guiding spirit, and not just in terms of her confidence as a young black woman. She dances on air and when she comes down to earth gives you an earful. The interludes, in fact, may be my favorite part. 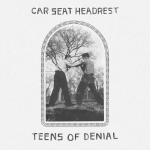 4. Teens of Denial, Car Seat Headrest (Matador/Hostess): Will Toledo is one headstrong rock artist. For those who regret how the Modern Lovers went acoustic so fast, Toledo is like the dream undeferred, except that Jonathan Richman would never be so ambitious as to write something as formally complicated as “Fill in the Blank,” though he might appreciate the sentiment behind “Destroyed by Hippie Powers.” It’s not just Toledo’s winning way with melody and turns of phrase, but also the fact that he can take a song where it should go, even if it has to travel a meandering 11-minute guitar line to get there.

5. Retribution, Tanya Tagaq (Six Shooter): By incorporating Nirvana, a rapper, and a lot of EDM cliches, the Inuk-Canadian throat singer makes her most fervent attempt to reach a larger audience, and succeeds on that count because the rawness of her malleable vocal effects expands her pop prerogatives to encompass a world beyond the material one but which nonetheless exists as a cosmic fact, regardless of whether or not we acknowledge it. Nature isn’t out to get you, but you ignore it at your own peril.

6. Anti, Rihanna (Roc Nation/Universal): It’s impossible to judge the value of Rihanna’s work apart from her public persona, and her latest addresses this dynamic in an honest but obvious way by making sex almost comically mechanical. The usual dancehall vibe isn’t so much diminished by her attention to real life events as it is contradicted by them. She’s aloof, even on the explicit “Yeah, I Said It,” where the command to “homicide it” feels extra-terrestrial. Whatever she’s against, I’m against it, too.

7. My Woman, Angel Olsen (Jagjaguwar/Hostess): By utilizing the rock energy implicit on her earlier albums, Angel Olsen fully exploits one of the great voices in American indie, a naturally rapturous instrument whose owner didn’t always know what to do with it. On the upbeat songs, but especially on the two long tracks that develop over repetitive, prog-like guitar showcases, the voice unravels into a skein of emotion. You may want to take a pair of scissors to it, but in the end you’re just as hopelessly caught up in the tangle as she is.

8. Azel, Bombino (Partisan/Hostess): As shown by the simplistic genre modifier “desert blues,” the music of this Taureg guitarist required a filter of familiarity before it could be presented to Western sensibilities, but his second made-in-US recording abandons any attempt to get with a program, unless the program incorporates reggae. Producer Dave Longstreth provides Bombino with state-of-the-art studio support but otherwise steps away. The ecstasy of the improvised melody line is keenly felt, the joy of making music in the moment piercing in its directness. The words, I assume, are amazing.

9. Big Day in a Small Town, Brandy Clark (Warner): Of the journeyman songwriters who’ve revivified country tropes in recent years and then struck out on their own, Clark has made the largest aesthetic leap from debutante to sophomore. As slick and cute as an otter, Big Day revels in the kind of parochial myth-busting that should sound trite but is instead funny and revealing thanks to Clark’s refusal to be musically coy. The production is brash even by Nashville standards, and for once the material is deserving of the overblown attention. 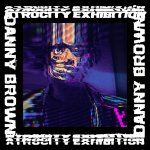 10. Atrocity Exhibition, Danny Brown (Warp/Beat): Brown’s auteurist tendencies, exemplified by his equating mental illness with artistic sensitivity, are often at odds with his cartoonish vocal inflection and cheesy space rock preferences. His motor-mouth presentation also invites derision, but compositionally this is the most adventurous hip-hop of the year, creative in its use of guests, generous in its distribution of hooks, and downright delightful in the way it juxtaposes fun and danger. Brown respects the big picture by adoring the details. 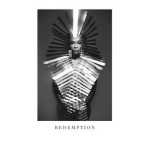 AIM, M.I.A. (Interscope/Universal): Maya may shoot from the hip in the waking world but in the studio she conveys precisely what the world’s about, especially that part of it most of us know nothing about. It’s only right that her sonics have become even more Asian, and if they don’t lend her opinions more gravity they sure as hell make them rock more.

Dig in Deep, Bonnie Raitt (Redwing): No big deal, merely a summing up of all that’s been great about her career in the form of new material that pushes harder than anything she’s covered since the 90s. On second thought, a big deal indeed. 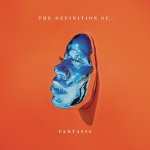 The Definition Of…, Fantasia (RCA): When R&B ballad specialists like Fantasia stretch out into new realms, people often react judiciously, but the enjoyment she derives from these experiments in rock, jazz, even country is infectious. No mediation required when you can sing like that.

Beyond the Bloodhounds, Adia Victoria (Atlantic): She engaged fully with the world before returning to her Southern roots, which turn out to be gnarly and difficult to prune, as is her music, an intoxicating, mysterious version of the blues.

Hero, Maren Morris (Columbia): Another country songwriter with an eye for quotidian detail, but given her penchant for bombastic, hip-hop-inflected pop her songs’ appeal is more generalized: country commonplaces delivered through Britney Spears’ back door.