Posted on September 1, 2019 by philipbrasor 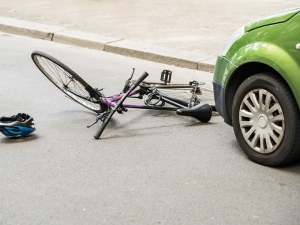 Here’s this week’s Media Mix, about the recent interest in road rage incidents. The topic aligns with my own pet peeve about Japanese drivers and their feeling of entitlement when it comes to carless people with whom they share roads. I know this is a problem in every country of the world (just be thankful Japan is strict about guns), but in other countries the police at least put up a show of maintaining the right-of-way safety hierarchy, with pedestrians at the top and drivers at the bottom. As a person whose bicycle is their primary form of transportation, I can’t count the many times I’ve been honked or yelled at for simply sharing a road with a car whose operator obviously thought I should be on the sidewalk rather than taking up valuable space that would otherwise be better utilized by an over-sized SUV. But even as a pedestrian, I’ve become acclimated to an environment in which drivers don’t even follow normal rules. As mentioned in the column, police are finally starting to crack down on drivers who don’t stop for pedestrians at marked pedestrian crossings. Though there is a law that says you must stop for pedestrians, I suppose I can get my head around the concept that because they are not required to stop at ped crossings when there are no pedestrians they may not automatically stop when they see pedestrians out of the corner of their eye. However, this dispensation is immediately dismissed when it comes to intersections where there are stop signs. Every driver must come to a complete halt at a stop sign, but Japanese drivers tend to respond to them as if they were yield signs: At best, they slow down to check if the coast is clear and then continue on their way. And the police do nothing unless they’re conducting one of their periodical end-of-term ticketing campaigns. When someone does stop at a stop sign, often the person behind them honks their horn in impatience. The problem, as pointed out in the Asahi article cited in the column, is that pedestrians have come to accept the idea that cars have more rights than they do. Children in Nagano Prefecture, which boasts the safest drivers in Japan, are encouraged to bow to cars that stop at pedestrian crossings, meaning children should thank drivers for obeying the law. At one particularly troublesome corner in Toshima Ward, Tokyo, drivers not only zip through pedestrian crossings, they beep their horn at any pedestrians who happen to be in their path. It’s one of the reasons we sold our car. We don’t want to belong to that club any more.

This entry was posted in Media and tagged traffic safety. Bookmark the permalink.