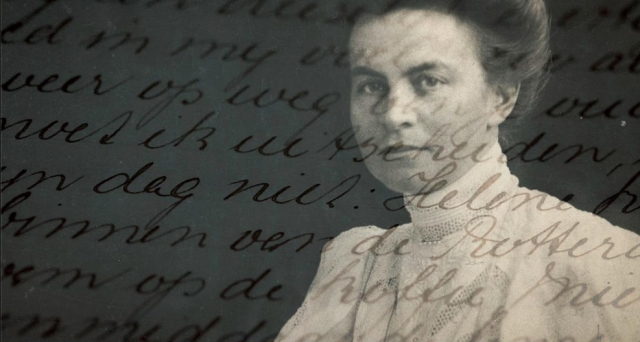 One surprising thing I learned while watching Julian Schnabel’s movie about the last year of Vincent Van Gogh’s life was just how many paintings he produced. Sometimes he would finish a dozen in a week. This sort of superhuman output clashes with our image of a great painter, who we tend to think hesitates over every brush stroke. Van Gogh, who admitted he was an “animated” painter, just couldn’t help himself.

This Italian documentary, directed by Giovanni Piscaglia and narrated by Valeria Bruni Tedeschi, focuses on the collection of Helene Kroller-Muller, who died in 1939. Kroller-Muller collected some 300 paintings by Van Gogh, most of which can be viewed at a dedicated museum bearing her name in the Netherlands. Piscaglia synced his film with a traveling show consisting of 40 paintings and 85 drawings from the collection that came to Italy, and his approach, like Schnabel’s, is to find something new to say about probably the most well-known and picked-over modern painter of our time. Put simply, Piscaglia downplayed Van Gogh’s personality and his storied psychological troubles and concentrated on the work, in particular Van Gogh’s draftsmanship, a prerequisite that no longer holds as much importance these days in the visual arts. We see how Van Gogh’s subject matter changed as he developed his unusual technique, from somewat mundane sketches of average people to landscapes filled with colors that are almost preternaturally vibrant. As the title suggests, his real subject was nature, and he found more life in a stalk of wheat or a cloud formation than he did in the human forms around him. He was, of course, a masterful portraitist, but the film makes it seem as if that was a side line he did in order to fit in, either to make money (which he didn’t really do because he couldn’t care less about it) or to please someone he liked or simply to keep up his skills.

The documentary interviews a number of Van Gogh experts, and what’s interesting about their comments is how each person has gained something important from Van Gogh’s work that is different from everyone else’s. One says that part of Van Gogh’s brilliance was that he didn’t know he was brilliant (apparently, during the height of impressionism, which he followed, all the big painters were quite full of themselves). Another speculated about his seeming rejection of male subjects. A few repeat the age-old chestnut that Van Gogh’s unique was of seeing was the result of some kind or organic dysfunction, but no one really takes that at face value, since it’s assumed that each person sees the world differently anyway. More interesting is the idea that he followed the standard process of becoming a painter, and it wasn’t until that last year, when he became obsessed with painting, that the work took on the qualities that have made him so beloved. His development was so accelerated that he overtook the conventional process, which is why, as one critic explained, collectors didn’t really “get” him until twenty years after his death, at which time his painting were still in general circulation but mostly among people who simple liked something nice on their wall; in other words, the common people Van Gogh appreciated because they were “closer to nature” than the city folk he was supposed to cultivate to make a living. In a sense, this is a perfect companion piece to Schnabel’s movie, which opens in Japan on November 8.

This entry was posted in Movies and tagged Vincent Van Gogh. Bookmark the permalink.