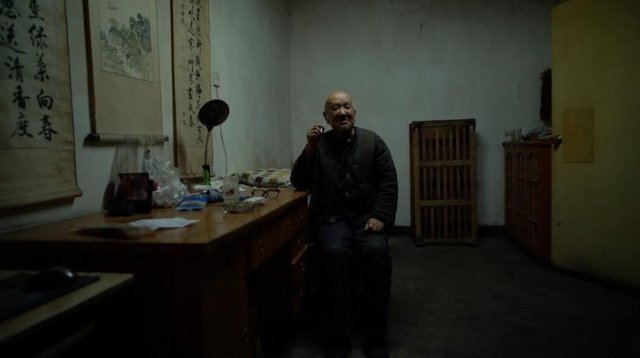 Like Joseph Heller and the Notorious B.I.G., Chinese director Wang Bing debuted with a work that was so overwhelming in its originality, scope, and message that anything he would produce subsequently was bound to be anticlimactic; but like those two seminal artists, Wang has pretty much nailed his subjects consistently. West of Tracks, his nine-hour documentary, released in 2002, about the decay of China’s biggest, most ambitious industrial complex, shot seemingly in real time, wasn’t just immersive. You left the theater so disoriented that it might take several days to readjust to reality.

His newest film is equally monumental in terms of covering his chosen topic, except that the topic is more of an idea than a physical place. Dead Souls is a 495-minute deep dive into the anti-rightist campaign of the 1950s and 1960s carried out by the Chinese Communist Party, told by its survivors in their own voices. In 1956, the party launched the Hundred Flowers Movement, which encouraged members and non-members alike to frankly express their opinion on how Mao was doing. A year later, those who were against the movement—or, more likely, those whose feelings were hurt by it—gained power and reversed course. In the process they came down hard on anyone who had used the movement to criticize the party, branding them capitalist running dogs, rounding them up, and sending them off to re-education camps in the hinterlands to start life anew by essentially creating an agricultural community from scratch in an environment that was not suited for cultivation. Naturally, the vast majority starved to death, which seems to have been the point all along. How many? No one knows, not even those who survived, but despite their advanced age they all seem to remember vividly the atrocities committed against them, and their stories are riveting for both the intensity of the cruelty described and the matter-of-fact manner in which they’re described.

Wang focuses on two camps located in the Gobi Desert, a place he already knows well from his only narrative film so far, The Ditch, which dramatized a few of the stories related here. As good as The Ditch was in depicting the horror of life in those camps, it couldn’t possibly convey the enormity of the social displacement these people experienced. The movie is long because the stories are long, starting from how and why the subject was targeted by the authorities, to their “trial” (which often incorporated torture), and then to their exile. Wang sets everything in the present, careful in his insistence that he is referring to a past that would likely be forgotten if not for his herculean effort, taken at great risk to his own well-being, to make sure these stories are preserved for all time. He even interviews current residents of the area (yes, they did somehow create something of a community in this wasteland) who give an idea of where the bodies are buried, so to speak.

The movie is repetitive by necessity if not design. The camera is placed before the subject, who talks until they have nothing left to say. Though static and sometimes muddled, these interviews are punctuated by everyday activities—a wife drifting into the frame to deliver a snack, a relative dropping by and adding some clarity to a particular story—that make the movie seem more alive than if the stories had been recorded, edited, and used as voiceover. There is also an extraordinarily dramatic scene of a funeral for one of the survivors whose remains are carried up a treacherous hill in the former compound, capped by a moving elegy given by his son, whose own telling of his father’s tragic but eventful life deserves a film of its own. Taken together, these tales, and Wang’s unobtrusive way of getting them on film, has their own immersive, subversive power.

This entry was posted in Movies and tagged Wang Bing. Bookmark the permalink.