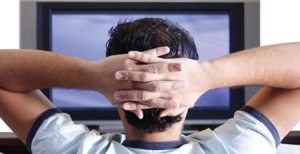 Here’s this week’s Media Mix, which is about the controversy over remarks that actor Sosuke Takaoka made several weeks ago regarding South Korean TV dramas. A good deal of the column refers to an article in Shukan Post that outlines the decline of quality in TV programming and attempts to explain the reasons. Many of the article’s points have been discussed in Media Mix in the past, but as a distillation of what’s wrong with Japanese TV, it’s quite thorough and convincing. The only part I found less than convincing, and which I didn’t mention in the article, is the implication that the recent changeover from analog to digital broadcasts was somehow engineered by the television industry to protect their interests. The change to digital was inevitable from a purely evolutionary standpoint, and considering that most other developed countries are making the switch in some form it seems a worldwide trend separate from any circumscribed interests of one industry. In fact, if any one industry does benefit from digitization it’s home electronics manufacturers, who enjoyed increased sales, at least for a while, of high-definition TVs and related hardware. The broadcast industry, on the other hand, had to pay a huge amount of money to change over; money they didn’t necessarily have any more because of the decline in advertising sales.

Moreover, as mentioned prominently in the Post article, the changeover to digital freed a huge amount of bandwidth. And while the Post claims that the commercial TV networks have managed to somehow protect this resource from falling into the hands of potential competitors, it seems by that token that they would have been better off not changing over to digital, since remaining with an analog system would have made it easier for them to maintain their monopoly of the airwaves. Perhaps there’s something in the article I missed that better explains their theory, but in the end I think digital was going to happen regardless of what the industry thought or tried to do. The real question from now on is what the government will do with that resource, which, theoretically, belongs to all the people of Japan.

Correction: I describe Takaoka’s most famous role, in the movie Pacchigi, as being “Korean-Japanese.” Though it’s been years since I saw the movie, it occurred to me this morning that the label isn’t correct. Though the character has lived his whole life in Japan, as with all zainichi (resident in Japan) Koreans, his nationality is Korean, though I don’t remember if it’s North or South in his case.