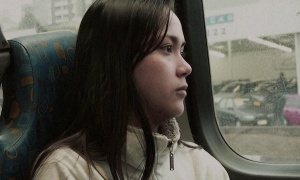 Here’s this week’s Media Mix, which is about the documentary Lonesome Sparrows. In the column, I mainly discuss the nature of Japan’s immigration policy and use examples provided by the movie to show that immigrants, while hardly invisible, are forced to the margins of society because they are perceived as being nothing more than components of the economy. They are not expected to participate in society and thus can only relate to one another, even if they were born and raised in Japan. What should be pointed out, however, is that while the Brazilian immigrants and their children featured in the film express frustration at being marginalized, they understand their position perfectly and to a certain extent accept it. For me, this was the most confusing aspect of the movie because I wanted the filmmakers to investigate this seeming paradox. Though all the subjects were discouraged, some to the point of anger, that they were being indirectly forced to leave Japan after the economic downturn of 2008 and move to a country, Brazil, they knew of only secondhand, they didn’t blame anyone specifically, not even the faceless authorities who carry out the policy from a remove. However cold and implacable these authorities are, and however uninterested the Japanese populace is in their situation, these young people are, for want of a better term, “Japanese” enough to know that they have little recourse. The situation also speaks to the basic civility of Japan, a word that may sound strange when talking about such a mercenary social dynamic, but it’s what the majority of non-Japanese find attractive about Japan. Several of the subjects in the film have run-ins with the law–off-camera, of course–and therefore their amiable demeanor on-camera, bolstered by the use of polite Japanese, is probably at least partially a front, a means of evoking sympathy. But it’s also in their nature because they’ve grown up in Japan and understand that interpersonal dynamics are not the same as social ones. Japan’s social dynamics force them to associate almost exclusively with other Brazilians, but Japan’s interpersonal dynamics persuade them to be decent to one another and treat even people they don’t know with a certain degree of deference. When the gangbanger Yuri talks about not getting enough respect while attending public school, he’s talking about the social dynamic, but it’s obvious from his deferential attitude that he knows how the system works, and, deep down, it’s a system that he appreciates. If he caused problems it was because he wasn’t accepted by society; the stealing that landed him in a juvenile corrections institute had less to do with rebelling than with getting caught up in the only lifestyle where he could find companionship. Once you understand this paradox, the situation of immigrants becomes even more perplexing. Here are young people who not only understand Japanese society, but appreciate what’s special about it, and the fact that they are not appreciated in return seems a tragedy. Not to be too mercenary about it, but to me the saddest revelation of Lonesome Sparrows isn’t so much the marginalization, which as a foreigner I have some direct experience with (though, being white and American, that experience is vastly more positive than these young Brazilians’), but rather the idea that these young people could contribute so much to Japan. If they are really just economic tools, then they are also a wasted resource.

This entry was posted in Media and tagged immigration, Japanese-Brazilians. Bookmark the permalink.