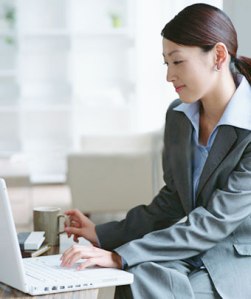 Here’s this week’s Media Mix, which is mostly about an installment of NHK’s “Closeup Gendai” that covered working women in Japan. Though the issue deserves the attention it’s been getting, the point of the column, and to a lesser extent the point of the program, is that the concept of work as it relates to men as well as women has to change. The model of there being one, almost always male bread-winner in a family isn’t merely outdated and sexist, it’s inefficient and unnecessary. Many of the fixtures of the alternative work environments mentioned on the show were presented as being somehow revolutionary, though in my mind they were atarimae (common sense). The problem with adopting them is that they are all associated with the term “part-time,” which has a negative connotation in that people automatically assume it indicates a less serious approach to work and career. But that image mainly comes from the notion that part-timers make less money and aren’t considered regular employees of a company. The reason the program focused on the Netherlands is because, though the population is much smaller than Japan’s, 15-20 years ago it was in the same situation, with a spiraling national debt and a female population that was underused in the workforce. The country has since expanded working opportunities for women, but the most startling statistic offered in the sequence is that 40 percent of Dutch women in management positions are part-timers. One of the commentators, Taro Miyamoto, a well-known socialist professor from Hokkaido, said that this was the key to the Netherlands’ success, and all it would take for Japan to benefit from the example is to change the population’s mindset, especially that of men. In other words, while the media tends to characterize the barrier to women’s greater participation in the business world as being a male resistance to having them abandon their traditional roles as homemakers and stay-at-home mothers, it has more to do with a misplaced sense of pride. Men have to give up the idea that they should dedicate as many of their waking hours as necessary to their jobs. They have to let go of the prejudice that working 30 hours a week is somehow demeaning compared to working 40 or more hours a week. He said that companies should adopt a wage-based rather than a salary-based system of pay, but make the wage equivalent to what the worker would earn as a salaried employee on an hour-to-hour basis, while providing the same benefits as they would to a regular salaried employee. The current system breeds discrimination, since it tends to value regular salaried workers over contract workers even when the work descriptions and workloads are the same. Right now the government is trying to alleviate this discrimination by forcing companies to hire contract workers on a full-time regular basis after they’ve been working there for a certain period of time, but Miyamoto is saying that companies should be encouraged to go in the opposite direction. They should change all employees, regular and contract, to part-time wage earners with regular benefits. That way they can institute flex-time and hire more people. This is the kernel of the work-share idea that has been debated for years now, usually as a solution to the unemployment problem, but it has generally been dismissed because of the belief that people will earn less. The upshot in the Netherlands is that while the combined pay of husbands and wives under this system is 25 percent less that it would be if both spouses were working full-time, it is considerably higher than it was when men were the sole bread-winners, and, at any rate, the couple interviewed said they were “happier.” After all, they both have much more free time, not only to raise their children, but to spend with each other. What’s not to like about such a system?