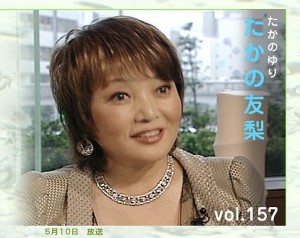 Here’s this week’s Media Mix about the rise of “black baito” and how the mass media decides which companies to out by name. Yuri Takano is cited at the end of the column as a corporate leader who has exposed her company to scrutiny because of her bold profile in the public eye. In a related article in the Asahi Shimbun about the beauty industry, Takano’s name and her companies’ names are mentioned frequently, but other “aesthetic salons” that also use black baito tactics to increase sales are allowed to remain anonymous, likely because most of the employees quoted, also anonymously, still work for the companies, but not all of them.

Takano, in fact, is such as exception to the rule that she rates snarky coverage even beyond the black kigyo issue. The Cyzo article points out that Takano was an early champion of Erika Sawajiri, the glamorous actress who was blackballed some years ago at the height of her initial popularity when her less-than-interested behavior at a press conference pissed off reporters, who, en masse, took her indifference to their questions as a personal insult. (Yes, saying the entire show biz press corps took the slight “personally” may sound hyperbolic, but that’s often the way the Japanese show biz press operates) Shortly thereafter, Takano hired Sawajiri for print ads and commercials for her Takano Beauty Clinic, effectively defying the media, which she could do because she herself was a powerful media figure. Cyzo states that Takano eventually became a “liaison” between the press and Sawajiri, thus smoothing the actress’s return to the limelight. However, at some point the two women had a falling out over, strangely enough, their respective views regarding support for reconstruction efforts in the Tohoku region, and as a result Takano “dumped” Sawajiri unceremoniously. The tabloid press characterized Takano’s actions as being exploitive: She hired the blackballed actress to gain even more notoriety for her brand and then cut her off after she served her purpose. It’s not a particularly convincing–or interesting–theory, but it does highlight Takano’s contentious relationship to the media and why the press views her as a convenient punching bag. In a sense, her work place violations are of little concern to the media. They’ll use any excuse to rag on her.