Here are the ten best movies that I saw and which were released theatrically in Japan during the 2014 calendar year. I would say it was a better than average year, at least compared to the last several, but I also have to say that, due to my circumstances, I wasn’t able to see as many films as I have in the past. I missed at least one, Under the Skin, that might have ended up on this list, considering how positively it was reviewed by critics I admire. As it happens, due to the same circumstances, I purposely avoided films I was almost certain I wouldn’t like unless there was some work-oriented obligation to see them. Since being a critic requires taking the bad with the good, I will admit that this kind of list is diminished by it, but I’ll also assume I saw a lot more first-run movies this year than the average person. I will also admit, yet again, that I didn’t see nearly as many Japanese films as I should, and those that I did see didn’t make a strong impression. I had thought that if I cut down on my Japanese TV viewing, which I did, despite the fact that I make my living watching Japanese TV, I might regain my appreciation for Japanese movies, since one of the reasons I can’t lose myself in Japanese films is because of the ubiquity of the actors, and not just on TV. But I still can’t think of anything I saw that I found worth mentioning.

The best work of drama I saw all year was Breaking Bad, which is hardly remarkable. Everyone thinks Breaking Bad is wonderful, and they thought so well before I did, since I didn’t start watching the series until September when I subscribed to hulu.jp. In form and substance, it was actually only a little better than a good crime thriller. It had many action set pieces that were often less than credible, as well as scenes that seemed shoehorned into the story in order to fulfill certain preordained plot developments. But the characters were unusually vivid and, more to the point, consistent in their behavior and moral trajectories. Moreover, the basic premise of an average guy passing over to the dark side was handled with rare patience and an incredible reserve of imagination. In the end, it was a classical tragedy: a somewhat noble individual falls into a pattern of doom due to a fatal personality flaw, namely pride. The showrunners made sure this theme was maintained at a high level of tension throughout its five seasons and concluded it in a way that was not only highly satisfying (though the shootout was less important than Walter’s final nostalgic stroll through his meth lab) but perfectly calibrated. Granted, filmmakers don’t have the luxury of six years to…wait a minute, Richard Linklater took 12 years to make Boyhood. I guess some of them do have the luxury, if they put their minds to it. 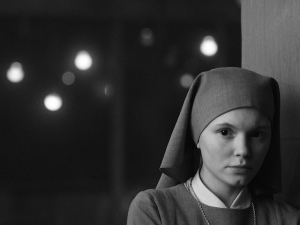 1. Ida (Poland)
Using narrative and visual methods that are more suggestive than expository, director Pawel Pawlikowski sets his tale in a time and place where the nexus of history is defined by tragic paradox: Poland, only fifteen years after the end of the war and deep into its socialist phase. An orphaned novice nun, about to take her vows, is introduced to her only living relative, a libertine aunt ensconced high in the bureaucracy who shows the young girl the horrible truth about her parents. Knowledge can set you free, but sometimes it pushes you over the edge. 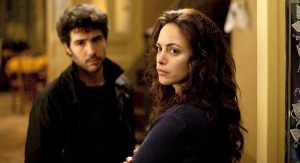 2. The Past (Iran/France)
Though Asghar Farhadi’s latest exploration of connubial dynamics takes place in France rather than Iran, he loses none of the social detail that made A Separation and About Ellie so dramatically compelling. The mechanics of what at first seems like a simple divorce are gummed up by emotional realities that reach beyond the principals involved into areas where no one wants to go. Farhadi’s approach is clinical, but not contrived, and the cross-cultural complications are addressed with uncommon intelligence.

3. Boyhood (USA)
Life, as the man once said, is what happens while you’re busy making other plans, and Richard Linklater’s real-time chronicle of a boy’s (and his sister’s) journey into adulthood focuses on the quotidian, which turns out to be more evocative than the traumas and the epiphanies. We take it for granted that every individual is unique. Linklater shows us why without trying to explain it all. It’s about relationships—with our families, with our friends, and with those we know we’ll never see again, like the people watching in the movie theater.

4. Leviathan (USA/France/UK)
Technically a documentary but better described as a filmed immersion, this visual record of one day on a North Atlantic seafood factory ship gets up close and personal with creatures great and small, hardware rough and precise; but what the viewer really comes away with is an appreciation of the elements, especially the huge, roiling sea, the source of all life, though in this context it feels like a sentient being. Art at its most elemental and disorienting. (Note: this is not the 2014 Russian film with the same title that is currently on many other Best 10 lists) 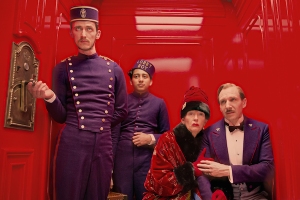 5. The Grand Budapest Hotel (USA)
Wes Anderson’s films are set in an idealized past that feels like a physical space, as if the present were still too malleable to get a hold of. In this onion-layered movie, he plays with the idea of the “old Europe,” a place where class was a game to be played and civilized behavior a kind of dogma. Filled with more star cameos than you can shake a riding crop at, it’s an adventure-mystery that always surprises and never shortchanges expectations, and which contains more visceral wit than a dozen James Bond movies.

6. The Act of Killing (Indonesia/USA)
Joshua Oppenheimer’s documentary interrogates the mass slaughter of suspected communists following the 1965 military coup in Indonesia. The perpetrators of these horrors are still alive, still in power, and remain not only unrepentant, but proud of their deeds. When Oppenheimer offers them the chance to reenact the killings in stylized ways, they happily accept. The results are no less distressing for their bizarre banality, though for all their hallucinatory qualities these presentations may be the only way one could make such a movie watchable. To be continued with The Look of Silence, which introduces the victims.

7. Before Midnight (USA)
Linklater again, with the conclusion to an earlier experiment that, over three installments comprising two decades, has proved resilient to formula. Jesse and Celine are finally together, on vacation with their kids in Greece, but the romantic tension remains, the conversations still fraught with doubt and desire, despite the onset of what seems to be a comfortable middle age. Freed of the “will-they-or-won’t-they” gimmick, the story feels more consequential. The charged conversations are weightier, and when the sparks fly, you still hope—without being sure—that they’ll fall into bed together. 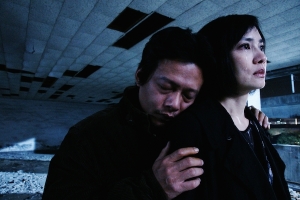 8. Stray Dogs (Taiwan)
In Taipei, a marginally employed, alcoholic family man moves his children from one abandoned residence to another, trying, almost comically, to retain some semblance of middle class existence. As is often the case in a Tsai Ming-liang film, dialogue is minimal, and some scenes are inordinately long and make little sense in relation to one another, but his normal sense of alienation has never been so tactile, his view of despair rarely this touching and funny. A kind of swan song, and a fitting way to go.

9. Room 237 (USA)
Five fans of Stanley Kubrick’s 1980 horror movie, The Shining, present hypotheses not only about what the film means, but its relationship to the director’s life and the history of the late 20th century. Rodney Ascher indulges their speculations and illustrates them with a disarming thoroughness to create one of the weirdest and most entertaining narrative deconstructions in the annals of cinema, if not literature. More significantly, Ascher honors Kubrick’s grand style by juxtaposing sights and sounds that alter one’s perception of both. Everything is text, even the subjects, who remain offscreen, eccentric and manipulated.

10. Le Week-end (UK)
A middle aged British couple played by Jim Broadbent and Lindsay Duncan take a weekend jaunt to Paris, where long-simmering disappointments come to a boil. Hanif Kureishi’s script is discomfiting in the way it portrays this relationship as unexceptional while serving up barbed conversations that reveal these two people to be anything but unexceptional as individuals. The City of Light does that to people, the movie seems to say, dashing its stereotyped image as the most romantic city in the world. And then Jeff Goldblum shows up and makes everything hilarious with his ridiculous self-regard.

Inside Llewyn Davis (USA): The Coen Brothers’ relatively warm tribute to the pre-Dylan Greenwich Village folk scene gains from the myths that scene generated by reproducing a milieu where fashion wasn’t yet a constant concern and politics could be personal without being self-defining.

Blue Is the Warmest Color (France): This affair between a working class teenage girl and an older female art student is characterized by bumbling enthusiasm on the part of the former and calculating control on that of the latter. The drama is over-determined, mainly because of the focus on the sexual act, but it’s a great study in class contrasts.

A Touch of Sin (China): Jia Zhangke’s feature about five financially desperate individuals in present-day China expands on the socioeconomic themes he’s been working on since he first emerged in the 90s, but this time with more overt violence and a willfully provocative attitude.

Frank (UK): This satisfyingly contrarian comment on the friction between commerce and creativity as it applies to popular (albeit indie) music is also a trenchant study, and rejection, of the canard that romanticizes mental illness as an invaluable contributor to great art.

Hill of Freedom (Korea): Formally ambitious as always, Hong Sang-soo takes the idea of an unreliable narrator to its most literal extreme in this uncomfortably humorous, chopped-up tale of an ineffectual Japanese man trying to hook up with an old flame in Seoul.

The Lego Movie (USA): Finally, a genuinely funny CG-animated feature that returns the concept of the children’s cartoon to its surrealist beginnings, but without sacrificing the product placements.