Posted on October 2, 2016 by philipbrasor 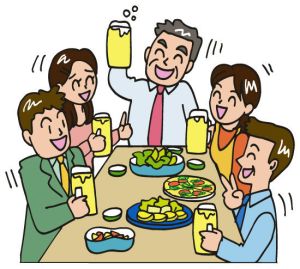 Here’s this week’s Media Mix about the coverage of a government survey on sex, marriage, and procreation. The main point of the column is that, contrary to the media’s interpretation of the study, sexual activity probably hasn’t changed all that much in the past 30 years, though sexual attitudes have. It should be stressed, however, that this change in attitude seems more pronounced among men than among women. The main bone of contention that social critic Maki Fukasawa brings up is the definition of kosai aite, the “partner” that one “interacts with,” presumably in a romantic or sexual manner, though the survey question isn’t clear about it. Thirty years ago, men may have checked the box for “friend” next to the question about who was their “partner” (multiple answers are allowed). Though I didn’t mention it in the column, this point caused more than a little consternation among the people in the studio when Fukasawa explained it on the Bunka Hoso program “Golden Radio.” Fellow writer and TV personality Sawako Agawa couldn’t quite get her head around it, and initially argued that maybe the confusion was different from that which Fukasawa had delineated: that maybe the men taking the survey thought “kosai” wasn’t necessarily limited to sex but could also mean “interaction” of a more general type, like, say, drinking buddies.

It took a few minutes, but Fukasawa eventually made her point more understandable, and mostly by describing her experiences. “Thirty years ago I had male friends who were not lovers,” she said, but nevertheless thought this feeling was not reciprocal. Though she didn’t elaborate, the implication is that her male friends still looked upon her in terms of her sexual desirability. But if they were friends, it was because those men—who, according to the portion of the survey she was discussing, were aged 18-34—had decided she wasn’t worth pursuing as a possible sexual partner. Nowadays, however, men in that age group do have female friends whom they look upon only as friends. As a way of illustrating this contrast, she pointed out that she and her female acquaintances never went drinking with men in the 80s unless it was on a date, but now men and women go out drinking together all the time with no overt or even covert purpose of hooking up. She also thinks that Japan in the late 80s—the notoriously swinging “bubble years”—gave rise to a kind of over-confidence that young men expressed sexually, even if they weren’t getting any. In other words, the men who answered the survey questions may have overstated their sexual experience, which is perfectly possible but very difficult to prove at this late date.

This entry was posted in Media and tagged Japanese sexless, Maki Fukasawa. Bookmark the permalink.