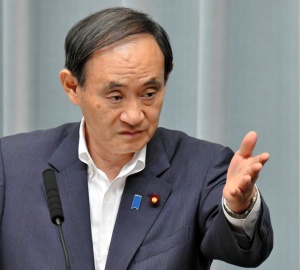 Here’s this week’s Media Mix about two instances that appear to demonstrate government attempts to limit journalistic activities. In the case of Tokyo Shimbun reporter Isoko Mochizuki’s dogged questioning style during press conferences at the prime minister’s residence, I mention that many of her colleagues in the press club resent this style because they think it makes their job more difficult, presumably because she uses up time that others might use to ask questions, or, generally speaking, by putting Chief Cabinet Secretary Yoshihide Suga in a foul mood. Make of that what you will, but the point is that no one else, except Asahi Shimbun’s Akira Minami, who is now on sabbatical working with the newspaper workers union, follows up their questions when Suga equivocates, which is all the time. A related point I didn’t mention in the column was Mochizuki’s motives. On a recent installment of his talk show at Videonews.com, freelance journalist Tetsuo Jimbo mentioned that some press club reporters grumble that Mochizuki asks questions about topics that she doesn’t intend to write about, thus suggesting that they think her badgering is more or less a gratuitous gesture meant to draw attention to herself. Be that as it may, since no one else is asking such penetrating questions it can hardly be considered gratuitous. I say badger away.

This entry was posted in Media and tagged Isoko Mochizuki. Bookmark the permalink.