Review: Just Only Love/What Is Love? 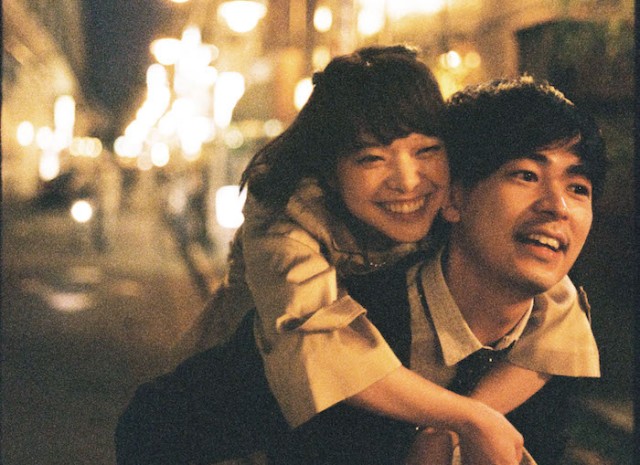 When Rikiya Imaizumi’s latest movie premiered last year at the Tokyo International Film Festival, the official English title, Just Only Love, sounded a bit like nails on a chalkboard. The IMDb lists the movie’s English title as What Is Love?, which is a direct translation of the Japanese title, Ai ga Nan da. Some months later, I’ve actually come to the conclusion that the TIFF-designated title more accurately reflects the movie—not so much its story or theme, but rather its somewhat incoherent take on infatuation.

Teruko (Yukino Kishii), who is in her late 20s, is enamored of a disaffected young man, Mamoru (Ryo Narita). Though love seems to blossom, as often happens, the ardor of one of the principals in the relationship cools down, in this case Mamoru’s. Teruko’s, however, continues heating up to the point that she becomes obsessed, though it’s difficult to determine if this obsession represents love for the other or love for the love of the other. As a result Mamoru becomes even more turned off by Teruko.

Imaizumi, who adapted his script from a bestselling novel by Mitsuyo Kakuta, expands on the idea of obsession, turning it into a meditaion on loneliness, specificially the modern species, where young people are expected to live as individuals with their own distinct sensibilities. The pressure to belong makes people self-conscious in their relationships, and as the movie moves past the central romance it takes in other lonely people who comment, sometimes in ways that are a bit too on-the-nose, about what love really means in a world where everyone is an island.

The word “fool” is mentioned often in the film as the various characters essentially equate being in love with losing one’s mind. As Teruko and Mamoru move in and out of their relationship and test their feelings for others in their respective orbits, they learn to be more sensitive to these people’s feelings without necessarily abandoning their self-centered positions. Sometimes, the characters act so selfishly that you wonder how anyone would put up with them.

Heady matters for a romantic film, but Imaizumi fails to make them matter, expecially if you immediately see through the story’s conceits. The idea that this is the way modern love works doesn’t hold much water when you’ve got characters as insufferably scatter-brained as these two and their friends, and in the end it becomes too easy to blame their problems on their youth; that is, if you come to accept them as problems in the first place. Stories that posit romantic love as the be-all-and-end-all of human existence have to stoke a certain amount of fantasy fuel, and Just Only Love, true to its awkward title, fails to consider the larger world while at the same time providing insufficient imaginative fodder for a credible love story. It’s as circumscribed in its view of life as the little apartments all these people live in.