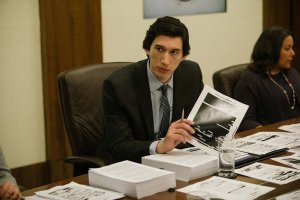 As it’s that time of year again, here are the movies I liked the most these past 12 months. As usual, in order to qualify a film has to have opened in at least one Japanese theater during the calendar year, a condition that is becoming trickier with the spread of streaming. Netflix has released movies overseas in theaters for short periods of time before streaming them online in order to satisfy diehard cinema freaks and also to qualify for Oscars. In Japan, such a service isn’t really required or demanded, and yet Noah Baumbach’s Marriage Story, which ended up on a lot of lists this year, did play in one Tokyo theater for two weeks, as did The Two Popes. Both are now being streamed on Netflix Japan. I’m not sure about Amazon Prime movies. I saw The Report online, but can’t find any evidence that it was released in any Japanese theaters beforehand. The ringer in this case is Scorsese’s The Irishman, which did screen at the Tokyo International Film Festival in November, but I’m not sure if it played in any standard theaters in Japan as a bona fide release. Normally, that would disqualify it for my list, since I don’t include festival movies that haven’t yet been distributed in Japan, but times are changing, and The Irishman was pretty good, thus its appearance here, if only as a film worth mentioning. My main misgiving is that I missed two theatrical releases that probably would have wound up on this list, the Swedish film Border and Claire Denis’s High Life. I trust they will show up on WOWOW sometime in the new year, but then it will be too late for the sake of this blog. 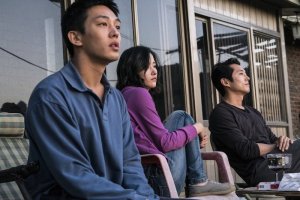 1. Burning (Korea): Chillier than Lee Chang-dong’s usual fare, probably because he adapted it from a Haruki Murakami story, but as with all his work it gets under your skin. Like the other Korean movie on this list, Burning addresses the class divide, but less overtly. Economically and emotionally untethered protagonist Lee Jong-su (Yoo Ah-in) has a crush on a woman (Jun Jong-seo) who may or may not be sleeping with an unnervingly self-possessed symbol of the leisure class (Steven Yeun), but Lee makes it difficult to draw a bead on the source of Jong-su’s resentment because the narrative is filtered through his inert point-of-view, which you can’t help but share, no matter how repulsive you find it. 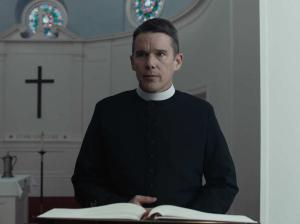 2. First Reformed (USA): Paul Schrader’s jaded regard for his Calvinist birthright is tested to the full in a movie that posits the First Reformed Church as more of an avatar of progressive religious thinking than an actual religion. Ethan Hawke’s alcoholic, skeptical pastor seeks redemption while bypassing dogma and maybe even God, as he helps a forthrightly sincere environmentalist battle one of his church’s patrons, much to the chagrin of his superiors. The pastor can’t compare his faith to this man’s, and when things turn dark he realizes his failure as a moral being. Schrader’s script is graceful and cruel, his direction painfully on point, the crystallization of a lifetime of nagging doubt. 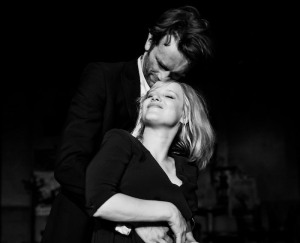 3. Cold War (Poland): The title of Pawel Pawlikowski’s second straight Oscar nominee refers to the stormy, decades-long romance between a music archivist (Tomasz Kot) and a much younger, more mercurial singer (Joanna Kulig). The episodic action mirrors the actual cold war as it unfolds along the Iron Curtain and the two lovers repeatedly come together and separate in accordance with personal whims and sociopolitical circumstance. If the protagonists’ love for each other never tempers it’s because holding on to one’s values against such a historical background can mess with one’s sanity, and this kind of love can only be called crazy, not to mention dramatically irresistible.

4. If Beale Street Could Talk (USA): Like James Baldwin, whose 1974 novel he adapts, Barry Jenkins has a knack for finding the beauty in even the most tragic turn of events. A young Harlem couple (KiKi Layne, Stephan James) on the cusp of marriage and parenthood is torn apart by a phony rape charge concocted by a racist cop, and Jenkins’ dreamy presentation renders it less a nightmare than a reverie on a love that can’t be moved and won’t be denied. Like his earlier Moonlight, Beale Street foregoes naturalism for a candid expressionism that makes no concession to white people’s lack of familiarity with the hopes and fears of black people. It honors your attention by breaking your heart. 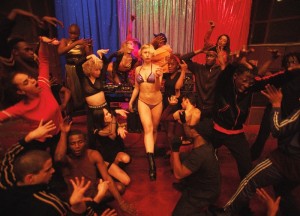 5. Climax (France): Normally not a fan of Gaspar Noe’s cinema of transgression, I was immediately disarmed by the opening dance segment performed by a multi-cultural troupe of misfits in a rehearsal space sometime in the mid-90s. It was probably my most enjoyable in-the-moment musical experience of the year, and as soon as it was over Noe got down to his usual gross mischief, but this time I’d been properly prepared for his hijinks, which involves a spiked party punch that turns the assembled dancers into a raving pack of paranoids whose native egoism, rank competitiveness, and talent for sexual exhibition are forced to the surface, sometimes with horrific results. The camera gets looney tunes, too. A genuine trip. 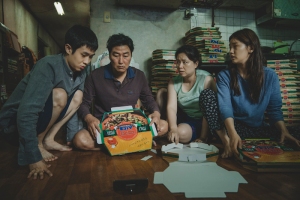 6. Parasite (Korea): Bong Joon-ho’s international hit about a down-at-their-heels family insinuating themselves into the gleaming household of a well-to-do family is really less about the income gap than it is about the triumph of production design in service to conveying the breadth of that gap. This is a movie of supreme artifice that often tips into the ridiculous, but that doesn’t make it any less powerful as an indictment of the kind of oppressive social mores that rule modern-day Seoul. The poor-rich contrasts are meticulously delineated to their wittiest ends, and as the schadenfreude turns sour and bloody, you still laugh, because as silly as it all is you know the story reflects an eternal truth you would just as soon never have to face up to.

7. Wildlife (USA): Paul Dano turns Richard Ford’s novel about toxic male pride into a movie about rehabilitative female survival. Though the story takes place in a setting preset for prejudicial viewing—Montana in the 60s—Dano and his co-scenarist, Zoe Kazan, let the characters, a golf pro husband (Jake Gyllenhaal), his resourceful wife (Carey Mulligan), and their insecure son (Ed Oxenbould), work out the tale in their own way, effectively removing it from its milieu and dropping it directly into your nervous system, upending every expectation you would normally have for such a family saga. Gyllenhaal spends most of the film off camera, but his presence never fades, which is part of the family’s problem and the film’s most potent accomplishment. 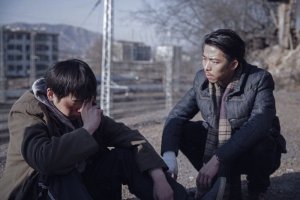 8. An Elephant Sitting Still (China): The People’s Republic’s ongoing experiment in economic Darwinism continues to be its post-millennial film output’s most engaging theme, and this four-hour wail of frustration is perhaps the most powerful distillation of that idea to date. Four individuals living in a northeast town that’s been stripped of its reason to exist spend an entire day coming to that realization with mounting unease and a sense that escape is the only solution, but where to go and what to do? Each tale is told separately but simultaneously, adding complementary textures to one another until the quartet of protagonists come together as a force of desperation. Violence is the uniting dynamic, thus adding a terrible subtext to the film since the director, Hu Bo, committed suicide after it was finished at the age of 29. 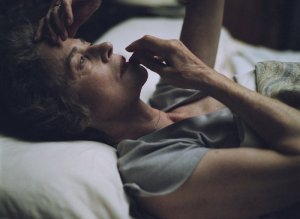 9. Hannah (France): This chamber piece features Charlotte Rampling as an elderly woman whose husband is sent to a French prison for an unexplained crime. Director Andrea Pallaoro circumscribes Hannah’s actions and so isolates her from her surroundings that she has little opportunity to communicate verbally, though it becomes apparent that she has made herself oblivious to her husband’s sin—until, of course, encounters force her to own up to it and her own complicity. Long passages of relative inconsequence give way to melodramatic scenes that hit with uncommon force. It’s a story about avoiding the unbearable without the balancing solace of love and understanding. You’ll never meet a character more alone in her attempt to avoid the truth. 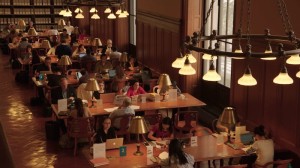 10. Ex Libris, the New York Public Library (USA): Frederick Wiseman’s latest epic explores what one person calls “the holy place for secular people,” and, befitting Wiseman’s peripatetic style, the documentary ranges widely throughout the five boroughs beyond the famous main branch at 5th Ave. and 42nd St., taking in an entire world of cultures, literary needs, political sensibilities, and even socioeconomic strata through the services of its neighborhood branches. The wonder of the film is the way it conflates the city’s unique qualities with the ambition of its most hallowed institution, as if one couldn’t exist without the other. Even if you’ve never lived in New York City, Ex Libris will make you homesick for it. 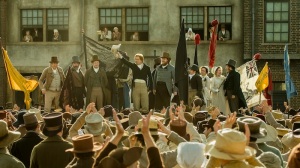 Peterloo (UK): Mike Leigh’s angriest film, a sweeping tutorial on the events that led up to the Peterloo massacre in Manchester on August 16, 1819, is a scrupulous exercise in rhetoric as a singular dramatic expression. Speech is action, in that it can lead to violence when it’s this quotable. 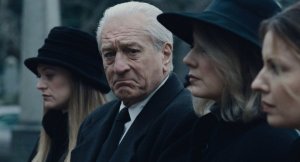 The Irishman (USA): Martin Scorsese goes about this gangster story (fable?) with such leisurely confidence that you miss his characteristic manic energy, but then it’s really a story about old people, and a peculiarly effective one at that. Even Joe Pesci gets to calm down and act his age. 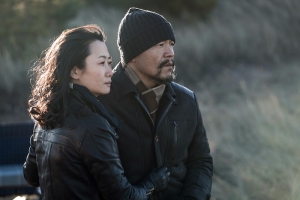 Ash Is Purest White (China): If not exactly a return to form for Jia Zhangke, Ash is Purest White charts a compelling course through conventional crime-story mythmaking and provides his muse, Zhao Tao, with the greatest role of her life. 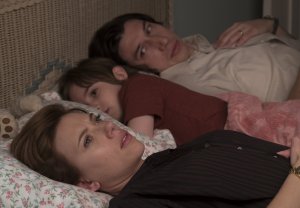 Marriage Story (USA): Noah Baumbach’s study of the dissolution of a marriage between a decent jerk and a woman who sold herself short for his benefit covers familiar semi-comic ground before it tackles conjugal matters that are usually too nuanced and difficult for Hollywood, but Baumbach has never been a Hollywood filmmaker. 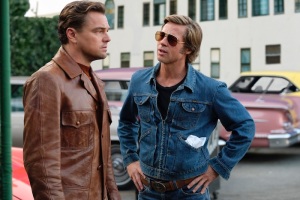 Once Upon a Time…in Hollywood (USA): Certainly Quentin Tarantino’s most enjoyable film since Death Proof, and not because it reimagines a true-life bloody murder but rather because it exposes the director’s nostalgia as the source of his artistic strength; which, of course, we knew all along.