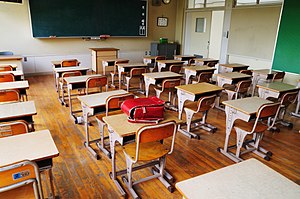 Here’s this week’s Media Mix about recent cases of child molestation by school teachers and childcare professionals. As pointed out in the column, the crime of sexual abuse generally becomes more difficult to prove and prosecute when the victim is a child because of the way children process that abuse. In many instances it isn’t until years later that the child realizes they were abused, though they had probably been carrying around the resulting pain and confusion in the intervening years. The Japanese government amended its sexual crimes law in 2017, making it stricter, but a relatively short statute of limitations remains and this year they are supposed to review the law again. Advocates for stricter laws are hoping to lengthen the statute of limitations for sex crimes or even get rid of it altogether, especially when it comes to sex crimes against minors.

Without a doubt, the more cases of sex crimes that are prosecuted the greater the awareness of child sexual abuse in the general population. This has already happened with child abuse in the past. Laws were made more strict and penalties were increased, and as a result more child abuse incidents are reported. It’s not so much that the incidence of child abuse has increased, but that cases of child abuse that may have been overlooked in the past are now being noticed more readily and reported to authorities. The same will happen with child sexual abuse, which is often more difficult to determine because the scars are psychological rather than physical and the perpetrators are usually adults in positions of authority whom the children are taught to respect, in particular teachers. According to the Sankei report I cited, in 2018, 282 school teachers in Japan were “punished” for improper touching of students, a record high. The number rose above 200 for the first time in 2013. Obviously, awareneness of child molestation in schools has grown in recent years, and a countermeasure I found interesting was one suggested by a lawyer, who said that sex education for elementary school children should be reinforced with lessons that explain what molestation is and how children can recognize and report it. What I find interesting is that teachers will be handling these classes, and while the number who are active pedophiles is very low (0.02-0.03% of all teachers in Japan receive punishment for touching students improperly), even those teachers will be confronted with their own actions during these lessons. In a sense, such lessons could have a multiplying effect of preventing sexual abuse, though, unfortunately, sex education, at least in public elementary schools, is frowned upon by many bureaucrats and politicians. They just feel uncomfortable having children listen to anything that has to do with sex, which, of course, is why there’s a problem in the first place.

This entry was posted in Media and tagged child abuse, sex crimes. Bookmark the permalink.