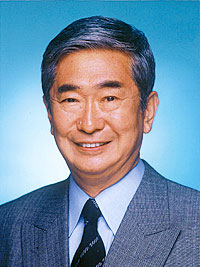 Here’s this week’s Media Mix about the Tokyo gubernatorial race, a topic that will be dated as soon as 8:00 pm rolls around and Shintaro Ishihara is declared the winner. If he isn’t then the column will be worse than dated. It’ll be wrong. Obviously a lot of people were looking forward to Ishihara being out of the driver’s seat after 12 years of reckless driving, and when he unexpectedly (to the media, anyway) announced on Mar. 11 that he would seek a fourth term, there was a lot of predictable derision in the blogosphere, some of which is probably disingenuous. Though we all love to hate the guy, having him around is convenient since he epitomizes much of what we outsiders resent about Japan’s so-called insular mindset. Actually, Ishihara is a piece of work, meaning he’s more or less a true original. And that’s even more comforting to have around, especially for people like me who make part of their living assessing the status quo. The punching bag will be around for another four years. The real challenge will be to ignore him.

This entry was posted in Media and tagged Shintaro Ishihara, Tokyo governor election. Bookmark the permalink.