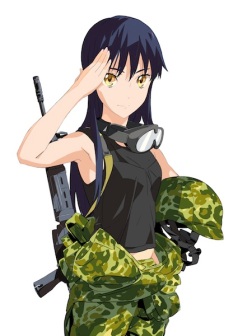 Here’s this week’s Media Mix, which is about discussions surrounding Japan’s collective self-defense capabilities. At the end of the column I express doubt that the Japanese public really agrees with the government’s plan to join such collective military activities, but since writing the piece I wonder if that’s a correct assessment. On Thursday, NHK aired a live debate about Japan’s military capabilities and mentioned a recent survey that found 61 percent of respondents thought Japan’s current status with regard to its security arrangements was enough, meaning they didn’t feel it was necessary to change anything. This portion is less than it was three years ago by about five percentage points, which isn’t much and probably reflects the resurgence of the Liberal Democratic Party, who wants to do away with war-renouncing Article 9. However, when set against some of the comments made on the program, it could indicate a change in public opinion. Though NHK is famous for trying to present every view on a given topic equally, the views offered by lay people were clear. One 80-year-old woman expressed palpable alarm at the anti-Japan rhetoric coming out of China and North Korea and believed Japan should prepare itself in any way possible, including full-scale remilitarization. Usually, it’s the generation that experienced World War II directly who is most against rearming, so the woman’s comment was significant.

Then again, it’s not clear as to whether the Japanese public really understands what’s at stake. Oliver Stone has berated the Japanese media for failing to check militaristic tendencies among Japanese politicians, and by extension you could say that the media has also failed to make the public understand what collective self-defense really entails. Last night, the Fuji TV variety show Real Scope Hyper dedicated a whole hour to the Self-Defense Forces, hyping it as a fun career choice by showing all the interesting things that fighter pilots do and the cool ways that tanks move across the landscape. One 15-minute segment focused on female infantry members, showing how tough basic training was but also that just because you had to crawl through the mud for a few hours this week it didn’t mean you couldn’t dress up in your frilliest frocks for a date on the weekend. (The show also implied that the SDF is a great place to meet potential husbands) The celebrities in the studio oohed and aahed over the neat equipment and uniforms, clearly impressed. There was absolutely no mention made of the end purpose of all this training and spending (prices of equipment were clearly explained); no references to what combat actually means. In the U.S., the military promotes recruitment by boosting training aspects (“learn a skill”) and self-improvement (“be all you can be”). Here, it’s like a video game you can play 24/7, or a big cosplay event.