Posted on November 3, 2013 by philipbrasor 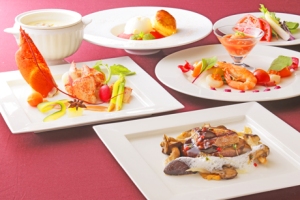 Here’s this week’s Media Mix about the Hankyu Hanshin Hotels scandal involving restaurant menus that misrepresent the food that’s actually served. In the days since I filed the column several more hotels have come out and admitted to goosing their restaurant menus with false claims about the ingredients they use. As with many Japanese news stories that involve embarrassing revelations of commercial misdemeanors, it’s not completely clear how the misdemeanor was revealed. Apparently, a similar scandal came to light last June at restaurants operated by Prince Hotels, which prompted Hankyu Hanshin to look at its own restaurants to see if any “misrepresentations” were going on there as well. They found out that there were and reported the “mistakes” to the Consumer Affairs Agency. On the surface, this sounds responsible and also admirable, despite the fact that, as several media have pointed out, employees of the hotel have known for years that exaggerations of ingredient quality, so to speak, is a common practice at the hotels. The truth is probably a bit more complicated. In a similar story of misrepresentation, the organizer of the Japan Fine Arts Exhibition cancelled its selection of prizes for this year because the Asahi Shimbun revealed that at least one elite member of the art community strong-armed jury members to select works by specific schools. Though the mechanics of the revelation themselves weren’t revealed, my understanding of the process is that a reporter found out about the arm-twisting, confronted Nitten, as the exhibition is popularly known, with evidence, and then when Nitten did nothing to counter the claim published his or her story. It’s not difficult to imagine something like that happening with the Hankyu Hanshin item. When faced with the knowledge that a media outlet knew of the subterfuge, the hotel chain decided to preempt any scoop and reported the mislabeling itself to the CAA. Consequently, the offending company gets to save a bit of face by confessing its wrongs before those wrongs are exposed by the press. It’s a PR calculation whose deleterious effects lessen with each subsequent revelation, which is why more hotels have now admitted to gaming their menus even though no outside parties made known accusations about them beforehand. The thinking is that it’s better to nip the possible story in the bud, but in a way it’s also good publicity. With the Hankyu Hanshin revelation, everybody is under the impression that menu inflation is an industry-wide practice, so anyone who voluntarily comes out and says they did it too receives not only a get-out-of-jail card but some free press. As too many people have already said, in today’s media environment there’s no such thing as bad publicity.