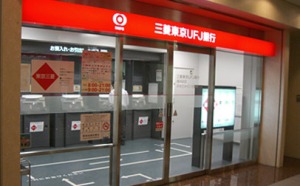 Here’s this week’s Media Mix about a special issue of Aera dedicated to the end of banking. The headline is slightly misleading, since it implies that AI will be the death of the banking industry, and while that’s true to a certain extent, the column mainly talks about the end of banking culture. Banks, or, at least, similarly functioning financial institutions will survive, but probably without the kind of strictly organized human resource structure they have now. In that regard, it’s worth noting that the most visible technological feature of banks, namely ATMs, are also headed for the scrap heap, if the powers-that-be who control banks can have their way. A different article in the Asahi Shimbun series cited in the column says that one of the chief aims of all banks in Japan is to go completely online, thus obviating the need for ATMs, which, despite the fact that they saved banks money by replacing personnel and their attendant costs, are still expensive to manufacture, set up, and maintain. Of course, if 100 percent online banking is to be a reality, then Japan will have to shake its addiction to cash, and, obviously, the appeal of cryptocurrencies is centered on the idea of ridding the world of filthy lucre. Japan is behind the rest of the world in this regard. Credit and debit cards are still more widely accepted in other countries than they are in Japan, and while cards are another financial fixture that will likely be adapted or phased out with the development of AI, they seem like a stage any advanced economy needs to go through first. Personally, I can’t wait to be done with cash.

This entry was posted in Media and tagged ATMs, banking. Bookmark the permalink.