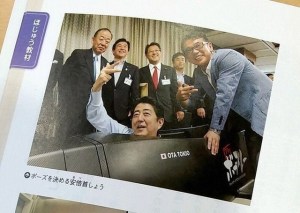 Here’s this week’s Media Mix about the Shitamachi bobsled project. As mentioned in the column, the Japanese government was involved in the project for a time with subsidies. According to the Diamond Online article cited, the money came from a METI-related organization called Japan Brand, which supplied funds for up to three years. The purpose was to “promote Japanese high tech” and get the sled exhibited at overseas trade shows, and to that end the plan was fairly successful. METI reported that the sled did attract attention, but, as Diamond points out, the sled never really got that much attention in Japan itself. That’s not Japan Brand’s mission. Basically, the Shitamachi project wanted to highlight machi-koba knowhow in order to make the Shitamachi brand world famous, but in reality the brand’s luster has been fading for decades in Japan itself, and without local support it was difficult to get the rest of the world interested. Consequently, the project secured advertising tieups with various local companies, including Hikari TV, Itochu, Toshiba, and, most significantly ANA, which even painted the Shitamachi Bobsleigh logo on some of their airplanes, a move that must have confused customers who had never heard of such a thing. Diamond stressed that all of this PR activity was mostly happening in a vacuum since the mainstream press didn’t seem that interested in the project if it wasn’t actually being used in a real sport, and bobsledding isn’t exactly a popular Japanese pastime. That’s why the contract with Jamaica was so important.

It’s also why the photo op with Prime Minister Shinzo Abe was a big deal. Reportedly, one of the officials of the project committee, Junichi Hosogai, is a friend of Abe’s and made the arrangements. Hosogai, according to No Hate TV, is another of Abe’s supporters with ties to right-wing organizations, and, of course, his involvement sparked controversy on the Internet, which critics saying that the Shitamachi Bobsleigh Project was another “friend of Abe” money scandal, but there’s no evidence that the Japan Brand subsidies were pushed by Abe, though, obviously, Hosogai’s friendship couldn’t have hurt. The thing is, the project itself was so poorly conceived that this conspiracy scandal angle may have been the only means of getting the media interested outside of a major Olympic player adopting the sled. Perhaps they should have played it up more.

This entry was posted in Media and tagged Jamaica bobsled, machi-koba, Shitamachi Bobsleigh. Bookmark the permalink.