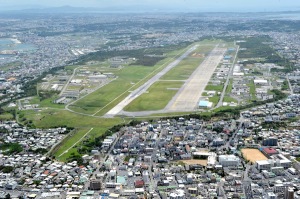 Here’s this week’s Media Mix about the protocol relationship between Japan-Russia negotiations over the Northern Territories and the U.S. base issue in Okinawa. According to writer Koji Yabe, Japan is totally in thrall to the U.S. military and thus cannot make any assurances to third parties with regard to its own strategic interests if the U.S. doesn’t sign off on those assurances. The media, for the most part, buys into the government’s narrative of “hope”—that there is still a possibility that the Northern Territories will someday revert to Japanese sovereignty, and that the contested Henoko air base will mean the shutdown of the even more contentious Futenma air base—but that there is little chance that what they suggest is happening will actually come to pass.

What’s particularly galling about Yabe’s point is that his findings are not exactly secret. They are there for any journalist to see. During his Golden Radio conversation cited in the column, he talks at length about the so-called secret agreement behind the revised Status of Forces Agreement (SOFA) signed in 1960, the one that essentially allowed the U.S. to carry nuclear weapons on its vessels when they came to Japan. Though at one time this agreement was classified, it has been common knowledge for a few decades now, and available for anyone to read and study. To Yabe, the dynamic outlined by the agreement informs the relationship between Japan and the U.S. military to this day. Nobusuke Kishi, Shinzo Abe’s grandfather, was prime minister when the secret agreement was signed two weeks before SOFA was concluded, but his successor, Hayato Ikeda, apparently was not informed about the agreement, so several years later when opposition lawmakers heard that nukes were being brought into Japanese harbors, they questioned the ruling party in the Diet, because it wasn’t allowed, and Ikeda firmly denied the rumors, thinking they weren’t true. The Americans became nervous, and then-ambassador Edwin Reischauer sat Foreign Minister Masayoshi Ohira down and explained the secret agreement to him and the use of the vague term “introduce”—as in “the U.S. will not introduce nuclear weapons on Japanese territory”—which was used in the public documents. The thing is, the U.S. thought the current Japanese administration knew about this, but apparently Kishi and his people didn’t tell anyone. From then on, the Liberal Democratic Party stuck to the secret agreement and pretended that nukes were not being carried by American submarines into Japanese harbors (as well as other nukes that didn’t become known until later). As a result, Japan was able to maintain its image as a nuke-free country and Eisaku Sato could win the Nobel Peace Prize for something—the storied three non-nuclear principles—that was basically a lie.

Yabe tells this story to reinforce his theory that Japan’s foreign ministry has absolutely no authority when it comes to negotiating with the U.S. on almost anything. Moreover, this idea is so deeply ingrained in the bureaucratic and political sensibility that the government has used it for its own ends. When Yukio Hatoyama became in 2009 the first non-LDP prime minister in more than a decade, he proceeded to realize his campaign promise to move the Futenma air base out of Okinawa, something the U.S. didn’t want. He was then visited by bureaucrats from the foreign and defense ministries who showed him something they called the U.S. military operations manual, which said that helicopter bases could not be situated more than 120 kilometers from a land forces base. Hatoyama was planning on shifting Futenma to Tokunoshima, which is more than 120 kilometers away. That’s why Hatoyama eventually dropped the idea for the move. As a result, his government collapsed and he resigned.

But, according to Yabe, there is no such manual. It was a story made up by bureaucrats who knew the U.S. would never go for Hatoyama’s plan to move the Futenma base off Okinawa. Yabe says the mass media knows about the bureaucrats’ lies, but never discuss it. Even Hatoyama seems to have accepted his fate. It’s no use trying to resist the Americans.

This entry was posted in Media and tagged Kurils, Northern Territories. Bookmark the permalink.