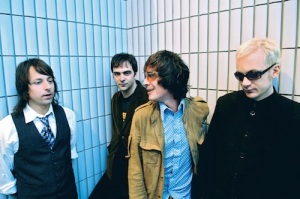 During a year when my opportunities to hear live music decreased considerably, I would like to think I actually listened to more music. Having shifted my daily constitutionals from the morning to the evening in order to take advantage of the huge sky and dramatic sunsets in the place we moved to last June, I made more use of my iPod than I did of my stereo, thus creating a whole different set of circumstances for listening to recorded music for the purpose of actually listening to it. The difference was startling and for a while I was thrown off. As I said in last year’s best-of-year essay, while age hasn’t depleted my critical faculties it is has certainly made it easier to fall prey to distractions, but walking through the by-ways of Inzai I found myself more engaged by whatever it was that came through my earphones. In past years when compiling my Top Ten I usually had to take time out in late November to sift through the records I liked until I determined which ones I actually loved, or which ones actually made a deep impression. This time I pretty much knew what I loved because those long walks had the effect of focusing my attention on the things that did make a deep impression, over and over. The only real change in my short list was the exchange of numbers one and two. FOW was pretty much my summer jam, especially after seeing them at Fuji Rock, but I revisited Ms. Garbus’s album, originally released back in February, in November and it re-blew me away. Also, had I stumbled upon the Little Dragon sooner—I didn’t hear it until a few weeks ago—it might have ended up in the Top Ten rather than in the HMs. 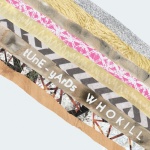 1. WHOKILL, tUnE-yArDs (4AD/Hostess)
Merrill Garbus’s second album isn’t as startlingly fresh as her kitchen-recorded debut, but her amazing vocals are more assured and the Afro-centric musical sensibility even wackier. Sacrificing intimacy for greater political meaning and identification with her listeners, she breaks through and in the process changes popular taste for the better. 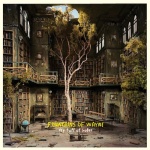 2. Sky Full of Holes, Fountains of Wayne (Warner)
Adam Schlesinger and Chris Collingwood, the power pop poets laureate of the Tri-State region, continue on the road to maturity that started in 1996. Their characters, now in their 40s, are obsessed with a past that looks better in the rear-view mirror, and as wry as their outlook is the songwriters empathize with every lingering disappointment.

3. So Beautiful or So What, Paul Simon (Hear/Universal)
Still a mensch after all these years, Paul Simon leverages his perfectionism in service to a God he sure does hope exists. The gospel shuffles and high life cookers pay his debt to rhythm, but it’s his gift for observation that sells an album about death, which is less concerned with mortality than eternity.

4. Black Up, Shabazz Palaces (Sub Pop/P-Vine)
Palaceer Lazaro, formerly Butterfly of Digable Planets, seems to have more confidence in his skills as a communicator than in his synthesizer compositions, so he thickens his thin gruel of hip-hop with children’s choruses, clicks, and jazz phrasing. In the end the words become music, the beats poetry. 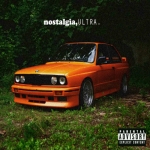 5. Nostalgia, Ultra, Frank Ocean (no label)
Self-made and unsigned, Odd Future’s designated lover man utilizes vanilla chart mavens like Coldplay and the Eagles in his bid to out-sensitive Drake. With tunes like his, who needs relationships? And yet Ocean puts across romantic lyricism without forsaking sex. Only foolish youth—with vision—could pull that off.

6. Father, Son, Holy Ghost, Girls (True Panther/Yoshimoto)
Christopher Owens’ vulnerability, expressed in his lilting, yearning vocals, was distinctive enough to carry this San Francisco guitar band past its repetitive 60s-pop stylings on their first album, but now that they can afford it they’ve decided real songs are where it’s at, and Deep Purple had a few that could use rewrites.

7. The Secret, Vieux Farka Toure (Six Degrees)
These days guitar fetishists go to Africa for their fix, and Ali’s son has both the proper moves and the right connections (Trucks, Scofield, Matthews) to satisfy their every bent-string obsession. Known to channel Hendrix, Vieux has one weapon Jimi could never claim: the inimitable, hypnotic groove of Mali.

8. Pull Up Some Dust and Sit Down, Ry Cooder (Nonesuch/Warner)
As an archivist Ry Cooder always favored blunt populism, and now as a songwriter he co-opts current anti-authoritarian sentiments with a similar disdain for delicacy. Positing a second Great Depression via norteno, Delta blues, and faux Lieber/Stoller, he knows exactly who deserves his raucous enmity.

9. Wild Flag, Wild Flag (Merge/Hostess)
“I’m a race horse,” Carrie Brownstein snarls, “you put your money on me.” When Sleater-Kinney broke up all bets were on Corin Tucker—not that they were competing, but Brownstein’s new band, which includes co-vocalist Mary Timony and SK drummer Janet Weiss, has made the year’s most muscular rock album. She’s challenging somebody.

10. Legendary Weapons, Wu-Tang Clan (Entertainment One/Victor)
Since only Ghostface and RZA make any sort of sustained contribution, many won’t consider this a Wu-Tang joint, but the instrumental outfit the Revelations has that dark, loping sound down, so everyone who contributes rhymes is an honorary member. Ghost is especially inspired, and the cheesy kung fu movie interludes are just plain hilarious.

Rolling Blackouts, The Go! Team (Avex): This hyperactive collective revives the sweet spirit of the pastoral branch of early Britpop without diluting their hyperactivity.

Cole World: The Sideline Story, J. Cole (Roc Nation/Sony): Tough about topics other rappers won’t touch because they don’t have time to read, a Jay-Z acolyte as smart as he is talented.

Ritual Union, Little Dragon (KSR): Tasteful grooves are the most seductive kind, especially when the singer has your number.

The Grand Theatre, Vol. 2, Old 97’s (New West): The best band ever to be falsely pigeonholed alt-country delivers the best studio album of the year that you want to hear played live in a roadhouse bar.